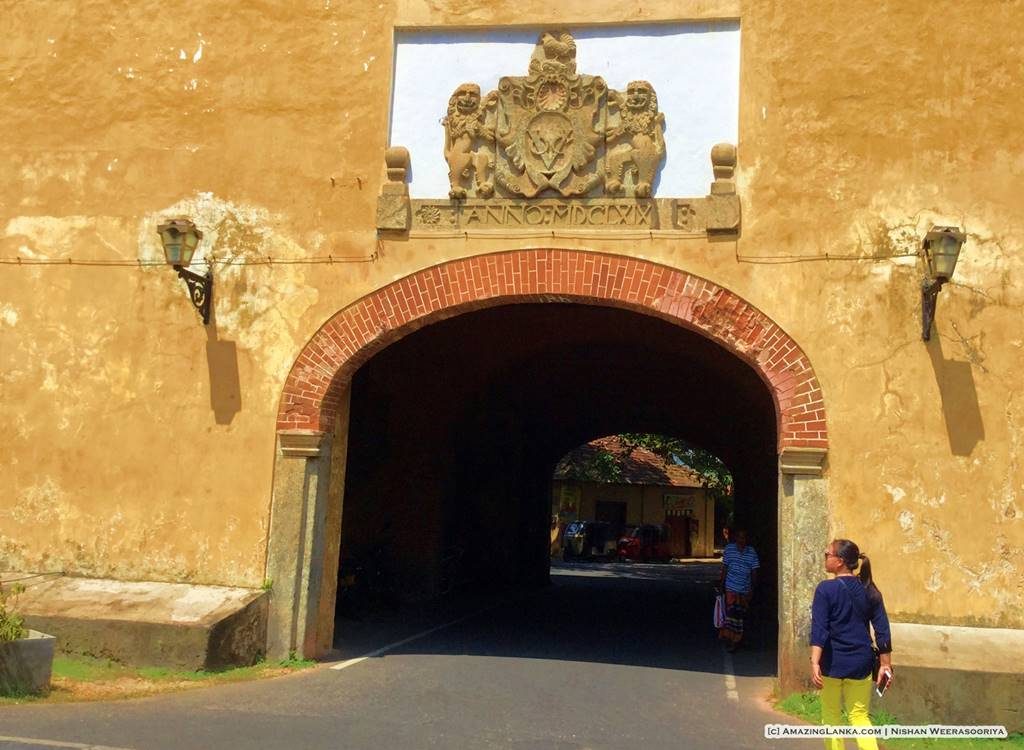 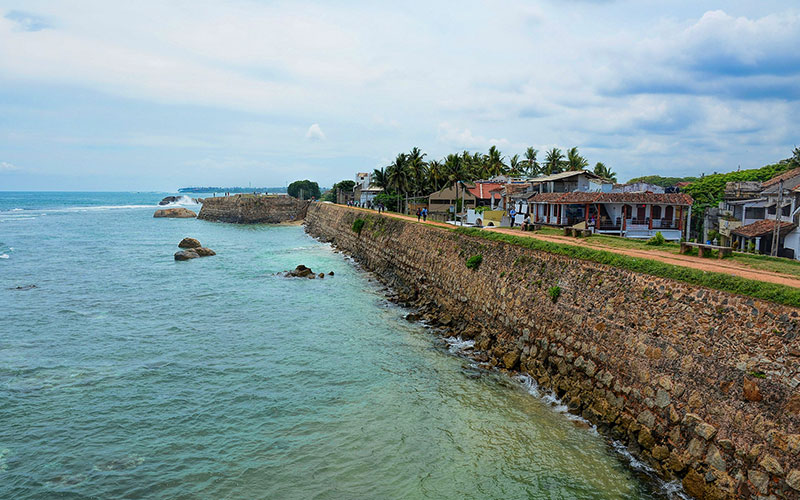 Fortress by the Sea

The South Coast’s major city is Galle, whose oldest landmark is the massive Portuguese and Dutch Fort which is a “World Heritage Site” in which the central city is contained. But the city may be much older. Some scholars believe it to be the “Tarshish” of the Old Testament, to which King Solomon sent his merchant vessels, and to which Jonah fled from the Lord. Today, the 90-acre Galle Fort shows no evidence of the Portuguese founders. The Dutch incorporated the Portuguese northern wall in a great rampart in 1663. A second, taller wall was built inside of it. Between the two walls, a covered passage connected the central bastion with the Fort’s two half bastions overlooking the sea.

The Dutch also installed a sophisticated drainage system, complete with brick-lined underground sewers that were flushed twice a day by the high and low tides. The original gate to the fort was by the harbour. It is still there, marked by the British Coat-of-arms on the front and the Dutch V.O.C. (Vereenigde Oost Indische Compagnie) with the Coat-of-arms with a rooster crest, on the inner side of the Fort.