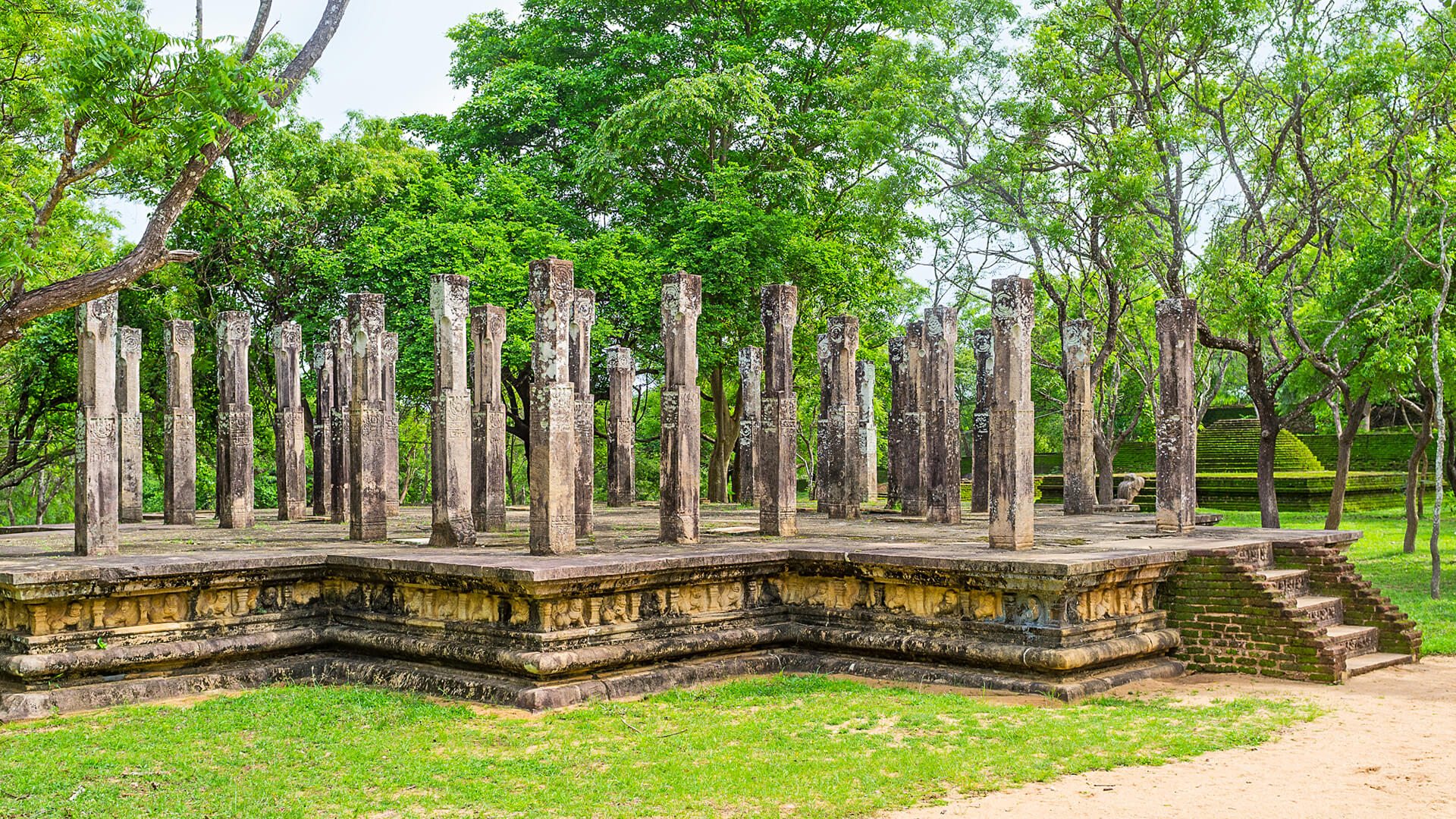 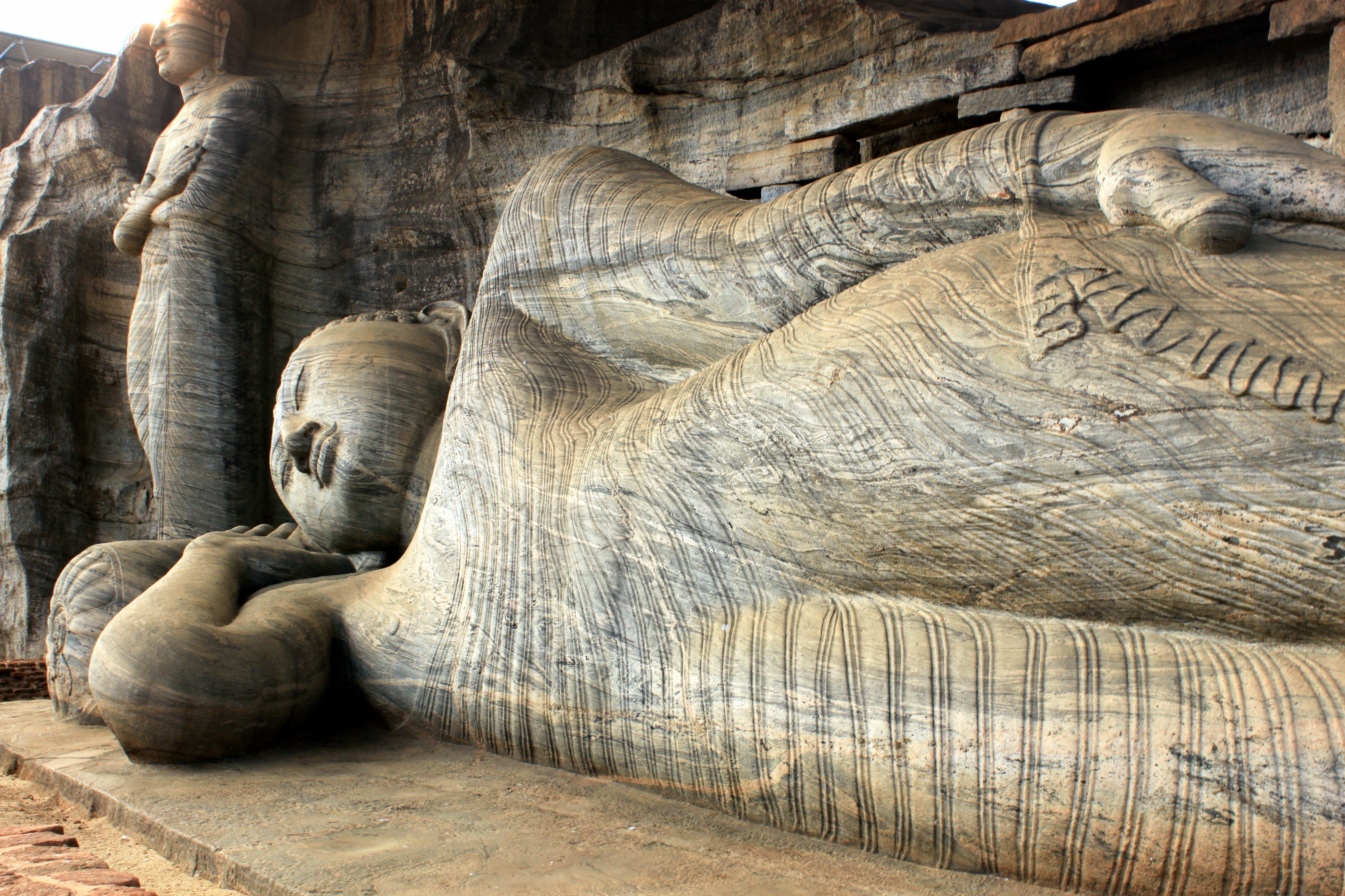 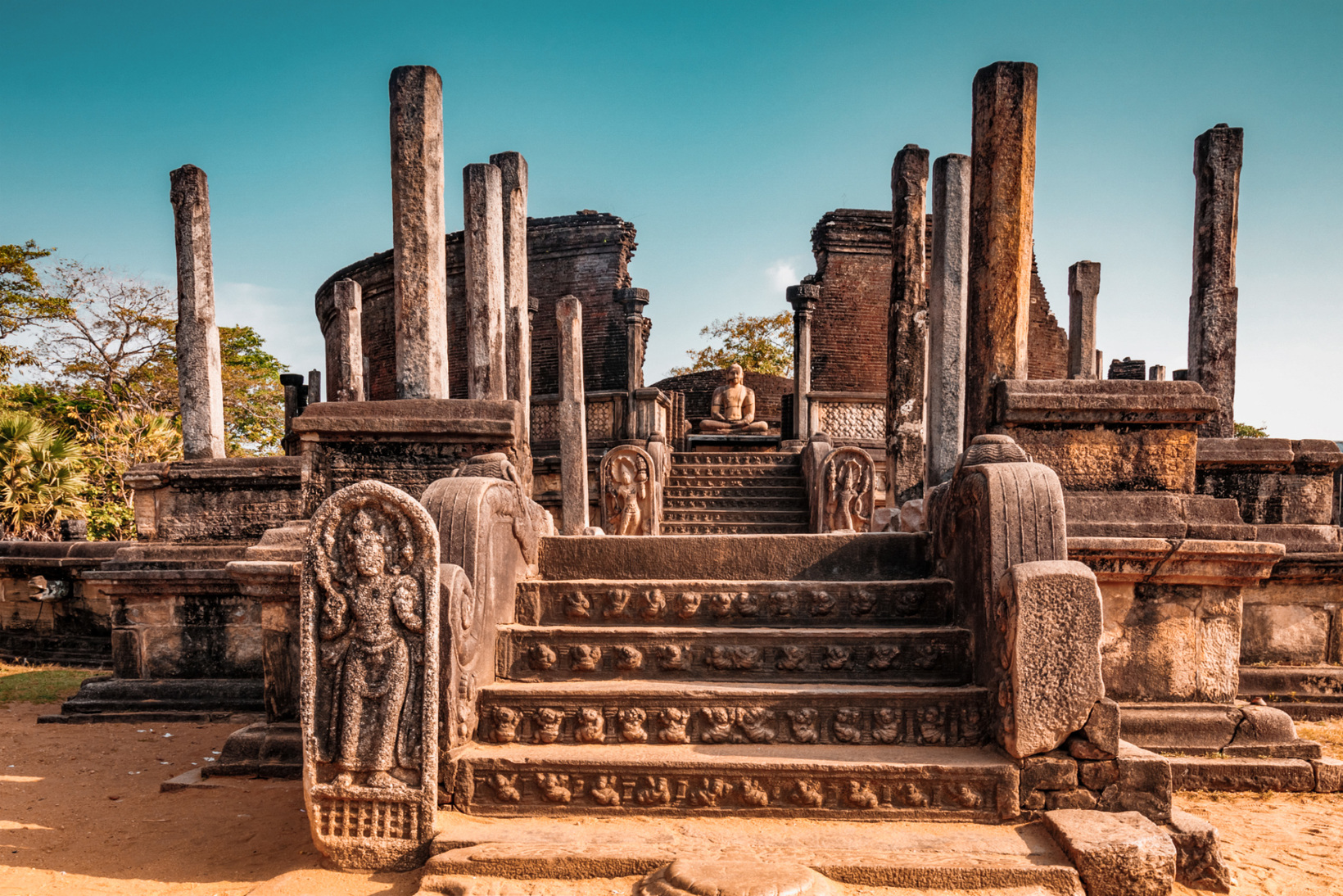 This medieval city, a UNESCO World Heritage Site, rose to fame as the capital (10th - 12th century AD) after the decline of Anuradhapura. The entire landscape of the region is punctuated by huge man-made reservoirs, the most famous of which is the Parakrama Samudra or the Sea of Parakrama, larger in size than the Colombo harbour.  The monuments are relatively well preserved and give clear evidence of the glory of Sri Lanka's past. Highlights are the Royal Palace complex including the King's Palace and Audience Hall, the Quadrangle with its concentration of ancient heritage and the spectacular Gal Vihare complex of four massive images of the Buddha, cut from a single slab of granite a highlight of ancient Sri Lankan rock carving.